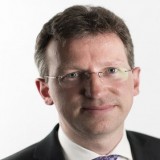 The government today pledged to set up a new national body to ensure that those who threaten journalists are “held to account.”

Culture secretary Jeremy Wright, left, has announced that the UK will set up a National Committee for the Safety of Journalists.

It will be tasked with devising a National Action Plan on the Safety of Journalists and ensure that those who threaten journalists are held to account.

Mr Wright said the plan would examine current protections offered to journalists in the UK, and consider how to work together to build on existing strengths.

The move, designed to underline the government’s commitment to press freedom and the safety of journalists to operate in the UK, came as Foreign Secretary Jeremy Hunt hosts an International Conference for Media Freedom in London.

Over recent months, HTFP has highlighted a number of cases of local journalists who have been threatened for going about their work, including Leeds Live reporter Stephanie Finnegan, the Huddersfield Examiner’s Susie Beever, and staff at the Bedford Independent.

Stephanie had to be issued with a panic alarm by her employer after receiving rape and death threats while Susie was warned she would “pay the ultimate price” after covering a far-right protest.

Membership of the Committee is to be decided, but the intention is that it will bring together representatives from journalism organisations and relevant government departments.

Mr Wright said: “With rising disinformation and threats  against the media, the UK’s strong and independent press is a beacon of freedom that this Government is committed to supporting and preserving.

“The Committee will champion journalists’ ability to safely carry out their important roles in society and to continue to hold the powerful to account. This is part of our broader commitment to ensuring the future sustainability of hiqh-quality, public interest news.”