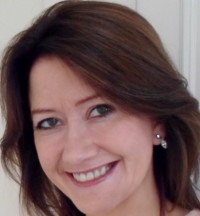 A former regional daily journalist has launched a bid to become an MP for the Brexit Party.

Ruth Jolley has been unveiled as the party’s prospective parliamentary candidate for South West Norfolk, the seat currently held by Secretary of State for International Trade Liz Truss.

Ruth began her career as a reporter on the Leigh Journal in 2000, switching to the Bolton News two years later.

She left the regional press in 2004 for a career in communications, later going on to work for the Department of Health and Department for Transport.

Ruth, who now runs her own pet care company in Norfolk, told the Eastern Daily Press: “I’m not a professional politician – I’m an ordinary person who runs a small business.

“I’m going into politics because I want to ensure that democracy is upheld and the referendum result to leave the EU is delivered properly.

“I’ve spent the last few years building up my own pet care business so know all about the challenges, joys and frustrations that small businesses face.”