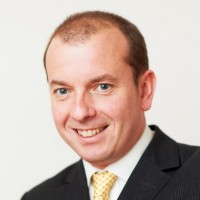 Two former regional journalists appear to have had their bids to become MPs thwarted after Nigel Farage announced the Brexit Party will stand down candidates in Tory-held seats.

Justin Stares, who used write advertising features for the Swindon Advertiser, and former Bolton News journalist Ruth Jolley had been due to stand for the Brexit Part in South Swindon and South West Norfolk respectively.

But their candidacies now appear to be in doubt after Mr Farage announced this afternoon will not stand candidates in the 317 seats won by the Tories at the 2017 general election.

Belgium-based Justin’s intended candidacy had been revealed in the Advertiser on Friday.

He told the newspaper: “I’ve never stood for office before but I was very frustrated and outraged that the decision from 2016 had still not been implemented.

“So, I decided to put my head above the parapet and become a politician because people need someone who is willing to stand up for the sovereign decision to leave the EU.

“I have no political experience but I think it’s a good thing to get real people from other walks of life in as an alternative to career politicians who are not doing a good enough job and care more about power and their party than doing anything useful.”

He added: “If I won, I would move back to Swindon – I would be very happy to see my children running around Chiseldon as I once did but it’s just a dream for now.”

HTFP reported in August how Ruth had been selected to stand for the party.

At the time, she told the Eastern Daily Press: “I’m not a professional politician – I’m an ordinary person who runs a small business.

“I’m going into politics because I want to ensure that democracy is upheld and the referendum result to leave the EU is delivered properly.

“I’ve spent the last few years building up my own pet care business so know all about the challenges, joys and frustrations that small businesses face.”