A Catalan-born journalist who received racist abuse after speaking out on the government’s ‘settled status’ process says Brexit has left her feeling like a “second class citizen.”

Wales Online journalist Estel Farell-Roig, who is originally from Barcelona, has criticised the “humiliating” and “insulting” process which has been set up for European Union citizens who wish to remain in the United Kingdom.

Estel moved to the UK in 2013 to study journalism at the University of Sheffield, and spent almost two years working for the South Wales Argus before joining Wales Online in April last year.

In an opinion piece for the Cardiff-based site, she said she had “felt welcome overall” after first coming to the UK – but that had changed with the 2016 referendum on EU membership. 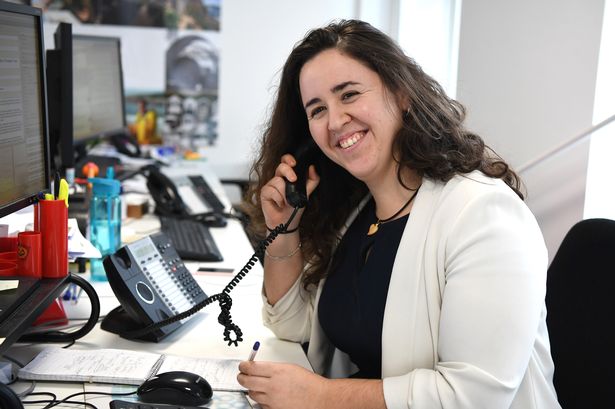 Estel, pictured, told HTFP she was “pleasantly surprised” by most of the reaction her piece had received since it was published, but admitted there had been some racist comments.

Comments on Facebook included “the way they are all coming in the UK will start to sink soon” and “no deal send them all home.”

Said Estel: “I didn’t look at the comments on Facebook and got a couple of racist and ignorant tweets, but overall people were quite nice and understanding.

“Some people came out in the website defending me and someone sent a letter to the paper, which was lovely.”

In her original piece, Estel wrote: “Before the Brexit vote, I never really thought of my immigration status in the UK. I knew I wasn’t British, but felt welcome overall.

“Now, I can’t help feeling like a second class citizen on a daily basis and I am angry, especially this week as applications for settled status have opened.

“In my mind are all the articles about us coming here to steal your jobs, to claim your benefits, to use your NHS. All we do is take, right? But I am a young woman working full-time and paying taxes here. I don’t have children and rarely go to the doctor. I spend my money in the UK and, this year, I am hoping to buy a house with my boyfriend of five years.

“Still, all we do is take and now I will have to go through the humiliating process of applying for settled status. Having lived in the UK for five-and-a-half years, I find it insulting.

“Before Brexit, I never thought about becoming a British citizen because I am not British but now I see it as something I will have to do in the next few years.

“I am not looking forward to spending thousands of pounds on something I don’t believe in, but I can’t risk not being able to access the NHS in 20 years time if I fall ill. I guess the ones that wanted Brexit have won and taken back control, right?”

“Settled status is a daily reminder I am not from here – and maybe that I don’t belong here. It singles us out and frames the debate around migration being something negative.

“Instead of making me feel proud I speak three languages, it makes me feel conscious about the way I pronounce ‘r’ and ‘s’. Above all, this makes me really sad as I can’t deny I am excited to build a life here. It makes me doubt my plans and decisions.”

She added: “I am lucky that, as a journalist, I have a voice but, when I think about the settled status scheme, I feel like a bargaining chip, a pawn in the Brexit debate.”

The government announced earlier this month that a £65 fee for those applying for settled status, which Estel described as “petty but symbolic”, had been scrapped.