Ex-minister uses local newspaper to reveal he is stepping down 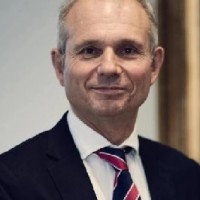 A former cabinet minister has used his local newspaper to announce he will not be standing at the forthcoming election.

Sir David Lidington, pictured, who served as Chancellor of the Duchy of Lancaster and de factor deputy PM until earlier this year, wrote to the Bucks Herald to reveal he will not be seeking re-election in Aylesbury.

In his letter, the Tory told the Herald now was the time to give “a higher priority” to his family after 27 years as an MP.

He went on to thank his constituents and wish luck to whoever his successor may be.

Herald content editor Hayley O’Keeffe told HTFP: “This newspaper has always maintained a good relationship with David Lidington, but never shied away from holding him to account either.

“Earlier this year in fact, as part of our HS2: Enough Is Enough campaign we went to his office with petition signatures from more than 1,000 of our readers calling for him to act in the interests of constituents on this issue.

“But, any good politician understands that this is what a good local newspaper is there to do, and that’s why our reporter Thomas Bamford got the scoop this week.

“Well done Thomas, and fair play to Sir David for putting his constituents first in this matter.”