Journalists who “uncover corruption and wrongdoing” are being invited to enter an award for which the winner will receive £4,000.

Entries are now being welcomed for the second annual Ray Fitzwalter Award, which is open to “early career” journalists working in any medium outside of London.

Charles, pictured, won the prize for a campaign which led police to reopen their investigation into an alleged paedophile ring. 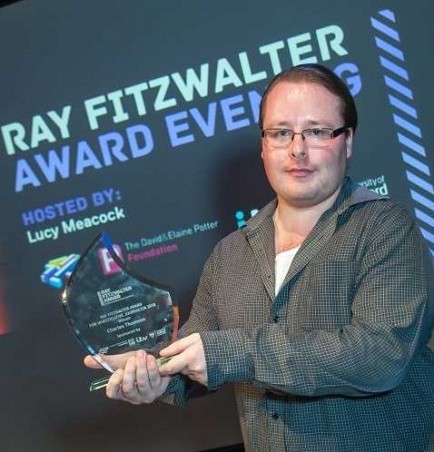 The award was introduced in memory of former Bradford Telegraph & Argus deputy news editor Ray Fitzwalter, who went on to become the longest-serving editor of ITV’s World In Action series. He died of cancer in 2016.

The award is sponsored by the University of Salford, Channel 4, ITV, and the Bureau of Investigative Journalism.

Andrew Fletcher, lecturer in journalism at the University of Salford, said: “Investigative journalism is often overlooked, particularly outside the London bubble.

“We want to recognise the importance of letting the facts make the news at a time when fake news and misinformation have never been more prevalent.”

The winner will receive a £4,000 cash prize to be partly spent on a future investigation during 2019, alongside the opportunity to be mentored by a panel of distinguished investigative journalists.

Applicants must submit a piece of investigative journalism and a completed entry form, which can be found here.

Entries should be submitted via email to rayfitzwalteraward@salford.ac.uk by no later than 5pm on Monday 18 February.