A new national award celebrating investigative journalism has been won by a weekly newspaper reporter.

Yellow Advertiser chief reporter Charles Thomson has been presented with the inaugural Ray Fitzwalter Award, providing him with a £4,000 cash prize to fund future investigations.

Judges awarded the prize to Charles for a campaign which led police to reopen their investigation into an alleged paedophile ring.

Charles beat competition from a Belfast-based Radio Ulster reporter who had trawled the Panama Papers for evidence of Northern Irish money being hidden abroad, and a MediaCity-based BBC Radio 4 producer who made a programme introducing a 90-year-old woman to the bosses of charities who had hounded her for money. 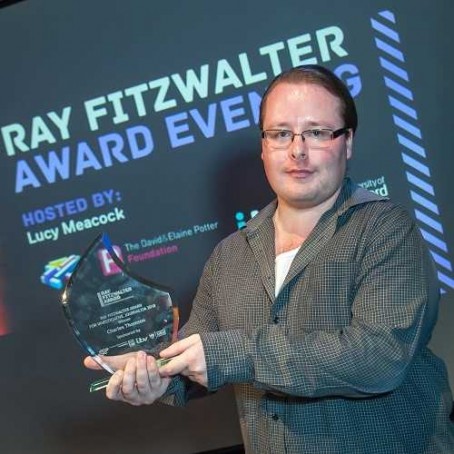 The award has been introduced in memory of former Bradford Telegraph & Argus deputy news editor Ray Fitzwalter, who went on to become the longest-serving editor of ITV’s World In Action series.

Charles, pictured, said: “I’m very honoured to have won this award, especially as I was up against two BBC candidates whose work was great.

“It’s a particular honour to win an award named after Ray Fitzwalter, who was a legendary investigative journalist, and it was a privilege to meet some of his friends and family.”

Charles began his investigation when he made Freedom of Information requests unearthing a series of compensation payments authorised by Essex Council, for ‘alleged abuse’ linked to its children’s departments, from the 1970s to the 1990s.

His campaign for more transparency around these payments led to a former NHS manager coming forward to share concerns about how authorities had handled an investigation into an alleged paedophile ring in Shoebury.

When other whistleblowers came forward with corroborating stories, Charles arranged for them to meet then Essex Police and Crime Commissioner Nick Alston – who in turn introduced them to the Chief Constable of Essex Police and a senior detective, and a decision was made to reopen a case from the early 1990s.

He later tracked down a fourth whistleblower and after learning the police were shutting down their investigation was able to produce a dossier of fresh claims, persuading them to reopen it again.

he award will now be an annual event, with organiser the University of Salford accepting submissions for the 2019 prize later this year.

Andrew Fletcher, lecturer in journalism at the University of Salford, said: “This was a brilliant piece of journalism which demonstrated that resourcefulness, determination and the nose for a story are far more important than big budgets.

“While some people may have written off local newspapers, Charles has shown the impact that smaller circulation publications can and do still have on public life, and the important role they still play within the communities they serve.”