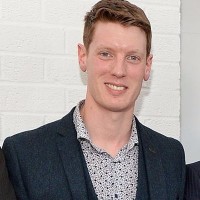 An editorial chief has left his role with a regional publisher for a new post with an independent newspaper group.

Paul Fisher, who was JPIMedia’s head of audience for the South of England, began his new position as Iliffe Media’s audience development manager last week.

Paul, pictured, had spent 12 years with JPIMedia and its predecessor Johnston Press, where he previously served as group editor of the company’s Lincolnshire titles.

He became group digital editor for JP’s East Midlands and East Anglia newspapers in a 2015 restructure, and moved to his most recent role in June last year.

“He will play a vital role as we continue to develop Iliffe as a company with a fundamental belief in quality journalism irrespective of platform.

“He will be working very closely with the editorial teams across the business.”

Paul added: “I am thrilled to have joined Iliffe and look forward to working on and developing the company’s many trusted newsbrands.”