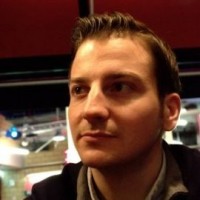 A former digital editor has returned to the regional press industry to help a newspaper publisher “provide online journalism that readers will pay for”.

JPIMedia has confirmed the appointment of Daniel Bird as head of audience for the South of England.

Daniel has spent the past year as homepage and channels editor at consumer magazine Which?, but spent three years prior to that as digital editor at the Leicester Mercury.

Daniel’s appointment comes after JPIMedia confirmed it was introducing a permanent paywall on the website of Sheffield daily The Star, with paywall trials continue at the Blackpool Gazette and Portsmouth News.

Martin Little, director of digital content for JPIMedia, said: “Dan joins the digital leadership team at a key time for our business.

“His experience in delivering audience growth, reader-revenue models and quality content will be invaluable as we continue to transform our editorial teams to provide online journalism that our readers will pay for.

“I know everyone in JPIMedia will join me in welcoming Dan to his new role.”

According to JPIMedia, he played a lead role in managing the online coverage of Leicester City’s 2015/16 Premier League title-winning season while at the Mercury.

Daniel has been appointed in the head of audience role to replace Paul Fisher, who left the company earlier this year to become Iliffe Media’s audience development manager.

Titles he will be working with include Portsmouth daily The News, the Northampton Chronicle & Echo and Peterborough Telegraph.

“I’ve already been able to meet a lot of my new colleagues at different titles in the south and I look forward to working with them closely to develop our digital offering.

“This is a great role and one that I’m really pleased to get started in.”

Daniel began his career as a reporter with the Press Association in 2009, later spending two years as a video journalist with the Daily Telegraph and another two years as a digital producer at ITV News.

Prior to joining the Mercury in 2015, he had spent five months working as a senior editorial manager at PR agency Punch Communications, which is based in Market Harborough, Leicestershire.