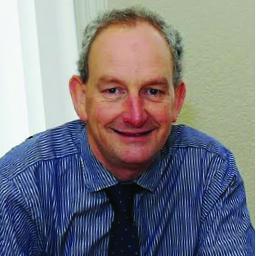 An editor-turned-managing director who helped oversee the integration of a family-owned newspaper group into regional publishing giant Newsquest is to leave the business.

Jonathan Lee, managing director of Newsquest Cumbria and a former editor of the North West Evening Mail, is standing down at the end of the month.

The move was announced to staff yesterday afternoon in an internal memo which has been seen by HoldtheFrontPage.

Jonathan, left, will not be replaced, and his responsibilities will now be assumed by Newsquest’s North East regional managing director David Coates, who made yesterday’s announcment.

It read: “Jonathan Lee has decided to stand down as managing director of Newsquest Cumbria and he will leave the company at the end of March.

“Jonathan has been with the business in Cumbria since 2008 when he joined the company to edit The Mail in Barrow-in-Furness.  In 2014 he stepped up into general management, and he’s spent the last year as managing director.

“I’d like to pay tribute to the excellent work that Jonathan’s done in overseeing the transition from CN Group to Newsquest Cumbria.  In twelve months we’ve introduced new process and systems and reshaped much of the business’s operations.

“I know that our staff in Cumbria have the utmost respect for the way that Jonathan’s managed the transition and I’m sure that you will all join me in wishing him every success for the future.

“As you know I’ve been working closely with Jonathan and our team in Cumbria over the last year and I’ll will be assuming Jonathan’s responsibilities from the end of March.”

Jonathan stressed that it was his own decision to leave the company at this juncture.

He said: “The last year has been challenging for all local news publishers but my decision to leave is entirely unrelated to recent changes in Cumbria.

“I want to try something outside news publishing – and this seems like the right time in my career to do that. I wish all my colleagues every success in continuing to take the business forward.”

Jonathan, 51, began his  career in journalism in Cumbria as a reporter at the Westmorland Gazette in 1990 and subsequently worked for the Blackpool Gazette and the Aberdeen Evening Express.

He gained his first editorship in 2006 at the Shetland Times but left two years later to take charge at the Evening Mail in Barrow, since rebranded as The Mail.