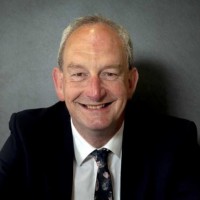 An editor-turned-managing director who left a regional publisher last month has joined a PR company run by his former colleague.

32West has appointed Jonathan Lee, former MD at the CN Group and its successor Newsquest Cumbria, as a company director.

Prior to becoming an MD, Jonathan had served as editor of the North West Evening Mail.

At 32West he joins James Higgins, who succeeded Jonathan as editor of the Barrow-based Mail in 2014 before being made redundant and starting his own business last year.

Said Jonathan: “After 30 years in the media industry I am looking forward to this new opportunity and to using my experience to help businesses and organisations to grow and to help further develop 32West which has enjoyed an excellent first year.”

Added James: “To have someone of Jonathan’s calibre, experience and drive as part of the 32West team is very exciting. He is passionate about business, passionate about Cumbria and is a fantastic addition to the team.

“We have managed the growth of 32West very carefully to ensure we take on clients only when we have the capacity to deliver over and above their expectations.

“Jonathan joining the team now gives us the opportunity to enter the next phase of our growth and we look forward to working with new businesses and organisations to help them tell their story in an engaging way.”

32West has clients in London and Lancashire, as well as across Cumbria, operating in a range of sectors.

They include the Holker Group, Fine & Country, Cartmell Shepherd, The Access Platform, the Abbey House Hotel and Gardens, Alertacall and Samlesbury Hall.

As well as James and Jonathan, former CN Group commercial director Frank Stretton is also part of the 32West team.

Jonathan’s departure from Newsquest was announced to staff in March, with his duties being assumed by North East regional managing director David Coates.