An editor has hailed a “proud day” in the history of his newspaper after it launched a new district edition.

The first Amersham, Chesham and Little Chalfont edition of the Bucks Free Press went on sale on Friday, with the move being “greatly received” by new readers.

Newsquest announced last month it would be launching the new edition after rival publisher Reach plc confirmed it was closing the Buckinghamshire Advertiser and Examiner.

The Advertiser and Examiner was published as two separate editions of the same paper, with the former covering areas including Beaconsfield, The Chalfonts and Gerrards Cross, while the latter primarily focused on Amersham and Chesham. 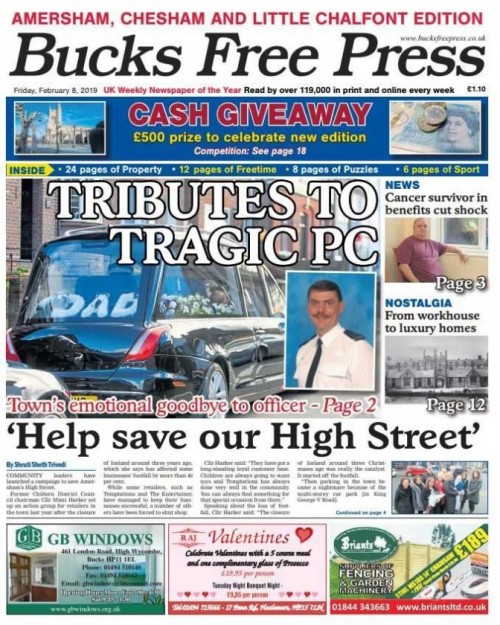 The first issue of the new edition

In a message to readers in the first issue of the new edition, editor Andrew Colley said: “This is a proud day in the 162-year history of the Bucks Free Press. The launch of our new Amersham, Chesham and Little Chalfont edition has been greatly received by residents across the area.

“Hitting newsstands this morning, we hope you will find it to be the perfect digest of news, politics, health, education, crime, entertainment, opinions, nostalgia, property, motors and sport.

“In the current climate, the job of a journalist is now more important than ever before. Our team will be your biggest cheerleader and, in times of need, a shoulder to cry on. Through the good times and bad we will always be there and continue to hold authorities to account on your behalf.

“It’s important this public service is supported by residents to see it continued for years to come, and I’m hopeful the launch of our new newspaper will see the start of a fantastic relationship.

“Finally, I would like to thank our hard-working award-winning Bucks Free Press team – without them, this brand-new newspaper would not be possible.”