‘Coincidence, not conspiracy’ as three Archant editors bow out 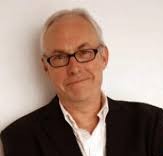 Three editor roles are up for grabs after a trio of long-serving regional magazine bosses announced their departures.

Regional publisher Archant is looking for new editors for its Yorkshire Life, Cheshire Life and Lancashire Life titles after each of the existing post-holders decided to move on.

As previously reported, Louise Taylor is leaving Cheshire Life in February while Yorkshire Life’s Esther Leach is also bowing out.

And group editor for the north Roger Borrell, who also edits Lancashire Life, has also announced he will step down in May when he turns 65.

Roger, pictured, is now in the process of recruiting replacements for himself, Louise and Esther with the Yorkshire Life role being advertised on HoldtheFrontPage.

But he insists the departures are not part of a restructure and that all three decided independently it was time for a change.

He told HTFP: “I’m sorry to disappoint conspiracy theorists but this is simply a coincidence – we are all leaving voluntarily after having hugely enjoyed our time here.

‘We’ve each edited these magazines for well over ten years and I think we all felt we needed a change. That’ll be good for us and the magazines.

“I told Archant last year that I would be leaving in 2019 when I reached 65 and I think that prompted Louise and Esther to think about what they wanted to do next.

“We are seasoned hacks so I expect we will still be bashing away at a keyboard somewhere.’

Roger has enjoyed a notable career in the regional media having previously edited the Birmingham Mail and Lancashire Post.

He was also group editor for Trinity Mirror Midlands, now part of Reach plc, and deputy editor of the Newcastle Chronicle.

Esther joined Yorkshire Life after stints at the Yorkshire Post and on national newspapers while Louise previously worked for various weekly newspapers and magazines around Greater Manchester as a reporter, deputy editor and editor.

Archant content director Matt Kelly commented: “I can’t think of a time when there has been a better opportunity for three fantastic editor jobs.  These are fantastic titles and prestigious roles.”