The BBC has announced the creation of five more local democracy reporter roles while plans for a ‘Local Democracy Foundation’ are also progressing.

The new jobs were announced at the inaugural Local Democracy Reporting Service conference and awards, held in Salford on Tuesday.

A total of 5.5 full-time equivalent positions will be created under the scheme in Northern Ireland, bringing the total number of journalism jobs generated by the scheme to 150.

In November, the NMA noted there has been “some resistance to the project” in Northern Ireland and the BBC stated “differences to both the local news market and structure of local government” had to be factored in before deciding to expand the scheme there. 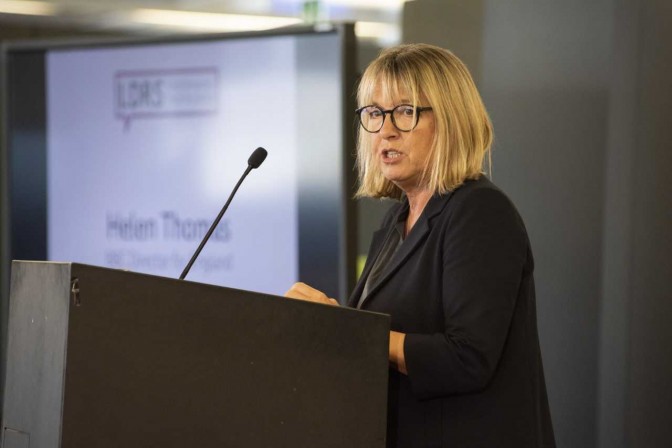 It was reported in March that the BBC and newspaper groups had held talks with the government over plans for an independent foundation to tackle the “chronic underreporting” of local news, and BBC England director Helen Thomas, pictured, told 180 journalists at the conference plans for the foundation were in progress.

She went on to thank reporters for their “hard work, diligence, persistence and tenacity”, adding: “I’d also like to say thank you to our partners – nobody could have done this in isolation – the News Media Association and all the news providers both large and small who are part of this partnership,” she said.

“We all know the difficulties, the changes in media consumption have had on the news industry as a whole. That’s why what we’re doing with the Local News Partnership is so admired and seen as part of a sustainable model for the future of local journalism.

“Other countries are beginning to notice too. We’ve had interest from America, from Canada, Italy, and from Scandinavia. In fact, in New Zealand a pilot based on this scheme has now been launched.

“They see partnerships like this as one of the solutions to the challenges of funding important local journalism.”

Further details about the foundation are set to be revealed in due course.