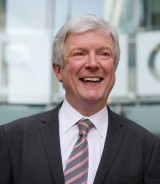 The BBC and newspaper groups have held talks with the government over plans for an independent foundation to tackle the “chronic underreporting” of local news, it has been reported.

Tony Hall, director general of the corporation, will formally announce the plans for a ‘Local Democracy Foundation’ in a speech this evening, although further details of how it would work and how it would be funded are not set to be unveiled until this summer.

Lord Hall, pictured, will say there is “potential to unlock millions from a range of business and institutions who are open to the idea of supporting the foundation” and add that there is a “chronic underreporting of events, issues, politics and crime in local communities”.

The newspaper groups involved in the talks, which have also featured big tech companies, have not been revealed.

Lord Hall’s proposed foundation would take over the running of the Local Democracy Service from the BBC and the News Media Association.

The scheme currently funds 144 local democracy reporters across UK regional newsrooms, with their stories shared across the BBC and participating newspapers.

Lord Hall’s announcement comes after Dame Frances Cairncross called for the establishment of a publicly-funded Institute for Public Interest News, which would be independent of the media industry, in her report on the future of news provision in the UK.

As reported by HTFP, local publishers had said in a joint submission to the Cairncross Review that more than 1,500 ‘public interest journalists’ were needed to ensure full coverage of all 800 local councils and 400 courts.

According to the Press Association, Lord Hall will say: “My goal is to mobilise a powerful coalition behind the creation of a Local Democracy Foundation.

“And, together, to do all we can reverse the damage that has been done to local democracy in recent years and bring about a sea change in local public interest journalism.”

The BBC has not so far responded to requests for further information.