‘A strange kind of journo': My life as a local democracy reporter 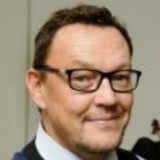 Earlier this month, the Local Democracy Reporting Service set up between the regional press industry and the BBC marked one year since journalists began working for it.

Ellis Butcher, pictured, a local democracy reporter working for Newsquest titles in Cumbria, gives his take on life in the job.

It takes a strange kind of journo to be a local democracy reporter.

You will be happy spending your days at wonky press tables stuffed into the far corners of Victorian town halls in vast, grand chambers with appalling acoustics and terrible recall moments.

You will rack up hours in wood-panelled committee rooms, translating well-meaning windbags, reticent council officers and committee Spocks who strangle the English language. They will not care, but you must.

You will become fluent in the arcane processes and archaic oaths of Local Government, which deters so many of the general public from taking part in the democratic process. Entirely for deliberate reasons.

In the chamber, you will be welcomed as a friend but swatted as the fly in the ointment. Chief executives may swerve you. Cabinet members will try to charm you. Press officers will blow hot and cold.

You will not care. You will hide on a far distant wall, beyond the flap of papers. The hide of a rhino and the hearing of a long-eared bat to catch those distant mumbles at that far dusty corner of the chamber, the kind of spillage that could transform a down-page nib into a sure-fire splash.

You will derive immense pleasure from conducting swift autopsies on fat agendas to dig up diamonds. Your diary will fill with endless meetings which drag on long past lunch, tea, supper, and sundown – but you will not wilt.

You’ll stay to the death to record 11th-hour knife-edge votes and attempt to cover it all with a depth that newspapers have long since shrugged the collective shoulders.

You will file copy from glass palaces, coffee houses, remote laybys and jazztastic hotel lounges – anywhere you can get decent wifi before the ever heavy Deadline that pervades over all.

Just like local councillors, you will miss your children, your partner, TV dramas, vital oxygen and crucial football games.

But you will not flinch because you will be able to tell your grandchildren: “I did it all in the name of democracy, baby.”