A weekly newspaper’s former chief reporter has been appointed its editor following his predecessor’s departure from the company.

Tom Wright, pictured, has taken on the Weston Mercury, where he was chief reporter before moving to edit the North Somerset Times in 2015.

As well as his new role, Tom will retain the editorship of the Times and fellow Archant title the Midweek Mercury.

His appointment follows the departure of Simon Angear, who edited the Mercury for almost four years.  Simon is now working for Weston Hospicecare, in Weston-super-Mare. 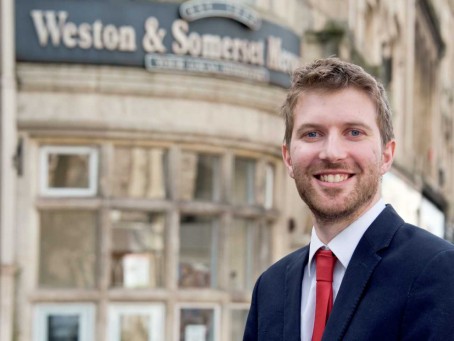 Tom, who took on the Mercury on 12 February, said: “It is a tremendous honour to be asked to lead this fantastic newspaper.

“Having worked here for almost seven years, I know how important the Mercury is in Weston. I’ve grown up in North Somerset and lived here almost my entire life so it makes this position all the more exciting.

“The way we take in our news is changing constantly and I will make sure the Mercury provides the best service it can for the town.

“Ultimately we are nothing without our readers, so whether they prefer to pick up a paper on a Thursday or follow us online, we will make sure they are well catered for.

“Simon did a brilliant job in keeping Weston people informed of all that went on in the town and I am confident that with this brilliant team of journalists we will continue to be successful.”