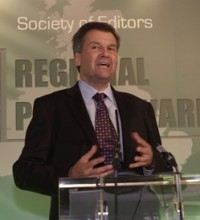 A family-owned morning newspaper was the best-performing regional title in the second half of 2017 – based solely on retail sales.

The official ABC figures published earlier this month showed the Wigan Post and The Scotsman as the only daily titles to increase circulation in the period July to December 2017, both aided by a significant number of free copies.

But an analysis of the figures by HTFP, removing bulk sales and free copies from the equation, reveals a different story with the Belfast-based Irish News topping the league table.

Although its retail sale figure of 33,906 was down 4pc on the equivalent figure in 2016, it represented the best sales performance by a UK title in the six-month period.

While the official figures, published by ABC on 1 March, included free copies and multiple paid-for copies – known in the trade as bulks – our analysis excluded these from both the 2016 and 2017 figures.

The year-on-year percentage comparisons between the two therefore provide a more accurate reflection of actual sales performance in the second half of 2017, as opposed to the official statistics which measure total circulation.

Commenting on our figures, Irish News editor Noel Doran, pictured, said: “These are obviously difficult times for newspapers but it is still a considerable achievement for a family-owned title to emerge as the best performer in what remains a very competitive UK regional daily market in terms of retail sales.

“We are setting out to build on a year in which we increased our circulation in the first six months and again managed to set the standard in the second half, so we are grateful to HTFP for producing such a comprehensive and credible assessment of the overall position.”

Our list also sees regional publisher Newsquest performing well relative to the other big publishing groups, with ten of its daily titles occupying the top 15 places in the league table.

“More than anything it’s down to the hard work of our local journalists and circulation departments. And where we have restructured newsrooms, we’ve tried to do this in a way that continues to protect front-line local news reporting.”

The full list of UK regional dailies, in order of year-on-year performance, is as follows:

The official list, which also includes free copies and multiple paid-for copies, was: