Women paid less than men across most regional press groups 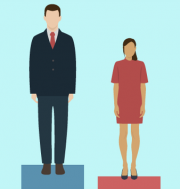 Men are earning more than women across most major regional publishing groups according to new data supplied by the companies.

Regional publishers have revealed their gender pay gaps for 2017 in accordance with regulations requiring companies with more than 250 employees to publish the data by 4 April.

The figures, published on a new government website, show men earn more than women at most of the big groups.

But figures from Mold-based NWN Media, which was bought by Newsquest during 2017, showed women get a higher mean hourly rate than men.

For these purposes, Newsquest Media Group includes the bulk of employees in the group, and includes those working on the Northern Echo, Bradford Telegraph & Argus, Bolton News and Lancashire Telegraph.

The full figures are as follows: