A regional daily’s website has removed the ability for readers to comment on its stories, claiming extremists are using them to “sow the seeds of division.”

Bradford daily the Telegraph & Argus announced the move yesterday in a piece headlined ‘Why the T&A website has turned off comments.’

It said that while the paper, whose patch is one of the most ethnically diverse in the country, prides itself in bringing together the different sections of its community, its comment threads are polluted with “hate-filled, racist” tirades.

Commenting on the move, James Mitchinson, editor of rival daily The Yorkshire Post, predicted that letters pages, where offensive material can be filtered out, would rise again. 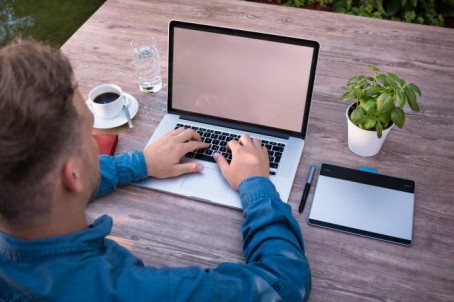 The Newsquest-owned T&A said it would continue to review the situation and may reinstate comments in the future, but for now, users would only be able to comment on stories via its Facebook page.

It said: “We’re not against robust debate on issues of public interest – far from it. But sadly, an ever-more-vocal minority of our site’s visitors appear to be intent on abusing the ability to comment.

“They lurk beneath even the most innocuous of stories to grind out personal grudges, rail against the council or the T&A or – worse – pollute the comments section with hate-filled, racist, anti-Semitic or Islamophobic tirades.

“It seems every comment thread these days descends into slurs about “third-world ghettos” and “vile far-right savages”, to quote two of the more tame examples frequently used by repeat offenders.

“The Telegraph & Argus prides itself on bringing together all sections of the community we serve. Our work in this regard has been recognised by the Commission for Racial Equality and the City of Bradford Community Harmony Award is proudly on display in our editor’s office.

“So we simply cannot stand by and allow extremists, no matter where they may fall on the political spectrum, to use our website as a platform from which to sow the seeds of division.

“The decision to turn off comments, at least for now, has not been made lightly. It is intended to give the vast majority of our visitors a well-deserved break from the tedious juvenilia of a minority who cannot be trusted to exercise free speech without embarrassing themselves and offending others.

“We will review the situation in due course and may reinstate comments in the future. In the meantime comments remain open over on our Facebook page.”

Commenting on Twitter, James said: “We switched to Facebook comments in a bid to make people more accountable, knowing their profiles would be attached. They simply set up bogus FB accounts.

“Comments sections ruined for the many by a few anonymous cowards. Readers’ letters will rise again.”

“We often ran innocuous, positive local stories in print which were seized upon by anonymous, faceless losers online resulting in requests for follow-up stories being declined.”