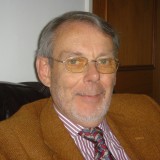 A former chairman of National Council for the Training of Journalists and union stalwart has died aged 78.

Tributes have been paid to Bob Norris, left, who was also served as assistant general secretary of the National Union of Journalists.

For many years he was a member of the NCTJ’s media law examinations board, which he also chaired from 1998 until 2004.

NCTJ chief executive Joanne Butcher said: “Bob was a passionate trade unionist and a big supporter of journalism training and qualifications. An NCTJ stalwart, he enjoyed visiting our training centres to meet and inspire the next generation of journalists.

“He also volunteered as an assessor and contributed to the work of our media law board. Our condolences to his family, friends and NUJ colleagues.”

A tribute on the NUJ’s website has described Bob as an “institution” of the union.

General secretary Michelle Stanistreet said: “Bob is one of our NUJ legends who, throughout his life-long membership, played an enormous role both as an activist and as an official during his service as assistant general secretary of the NUJ.

“Always keen to enlarge the NUJ family, Bob spent many years after he retired from work continuing to recruit and build strength and solidarity in our branches and workplaces.

“He will be much missed, and our collective thoughts are with his wife Pauline, their son Drew and wider family at this very sad time.”