Deputy editor steps up to top job at Newsquest daily 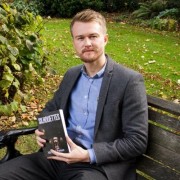 A new editor has been named at a regional daily following the departure of its long-serving news chief.

Michael Purton, left, steps into the top job at the Worcester News which has been vacant since regional editor Peter John left his role three days before Christmas.

Michael was previously deputy editor at the News and before that editor of Newsquest Gloucestershire.

In a parallel announcement by publisher Newsquest, Worcester News head of content Stephanie Preece has been appointed editor of its Stourbridge division, which includes the Stourbridge, Halesowen & Dudley News, Bromsgrove & Droitwich Advertiser, The Shuttle and Redditch Advertiser.

Newsquest editorial development director Toby Granville said: “Michael and Stephanie are two extremely talented individuals who have already demonstrated their ability to be among the top performers for audience growth in 2017.

“I am delighted that they are now going to play an even bigger part in our future as the leaders in our Midlands South newsrooms.”

Julia Lancett, managing Director at Newsquest Midlands South added: “It is an exciting time for Michael and Stephanie to be leading the teams at our Midlands South titles. These are well-deserved promotions and I am looking forward to working with them.”

Michael takes up his new role with immediate effect, while Stephanie will take up hers on her return from maternity leave.