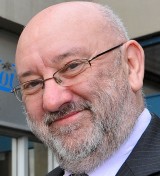 A regional daily editor is at risk of redundancy under a plan which would see him leave his role three days before Christmas.

Newsquest has confirmed the proposed departure of Peter John, who has edited the Worcester News for the past six years and is also regional editor for the company’s Midlands South and Gloucestershire division.

The plan was revealed in an announcement from Julia Lancett, the division’s managing director, which it is understood was issued on Friday afternoon, prior to the News editorial staff’s Christmas meal.

Over the past month, Newsquest had made a series of job loss announcements at other publishing centres including Blackburn, Bolton, Bradford, Gloucestershire, Oxford, Wiltshire and York, with a total of 34 editorial roles, including Peter’s, set to be lost.

Peter has been in charge at the News since 2011, and was publisher at its Stourbridge division prior to that.

He is the latest in a series of senior Newsquest editors to leave the company over recent months including Gary Lawrence (Oxford Mail and Swindon Advertiser), Graeme Smith (The Herald, Glasgow) and Graham Shields (Glasgow Evening Times.)

Julia’s memo, which has been seen by HTFP, states: “The company continues to look at all functions and disciplines across the business and where appropriate implement reorganisations or consolidations of functions to deliver efficiencies and reduce costs.

“There is a need to reduce costs and deliver efficiencies in the editorial team across Midlands South/Glos, and as a result the company is proposing to make the role of regional editor redundant.

“It is with regret therefore, that under these proposals the role of regional editor for Midlands South/Glos will be placed at risk of redundancy with immediate effect with a proposed termination date of 22 December 2017, although this date is subject to confirmation.

“As with any reorganisation, it is the policy of the company to avoid unnecessary redundancies wherever possible and in an effort to do so it will now undertake a consultation process with those staff affected to discuss potential ways of doing so. In the meantime, if you have any queries at all, please do not hesitate to contact me.”

In September this year, a restructure of the Midlands South and Gloucestershire division, saw John Wilson, Peter’s deputy in Worcester, effectively swap places with Michael Purton, editor of three Newsquest weeklies in Gloucestershire.

Michael is now deputy editor for the Worcester operation, while John has taken on Michael’s old titles and Newsquest’s Herefordshire weeklies.

A Newsquest spokesman said: “Whilst regrettable, we can confirm there is a proposal to make the role of regional editor redundant.”