Journalist praised for speaking out on abusive relationship and PTSD

A journalist has thanked “lovely” colleagues after she opened up about suffering from post-traumatic stress disorder following a controlling and abusive relationship.

Bronte Howard, who works for Wales Online, went public about her experiences earlier this month and has called for the “huge stigma” attached to mental health issues to stop.

Bronte, pictured, was diagnosed with PTSD after suffering a “breakdown” in front of a nurse while waiting to attend her quarterly asthma review, at which point she was prescribed medication and told to call Women’s Aid.

However, the 22-year-old is still waiting for regular therapy 14 months after being diagnosed. 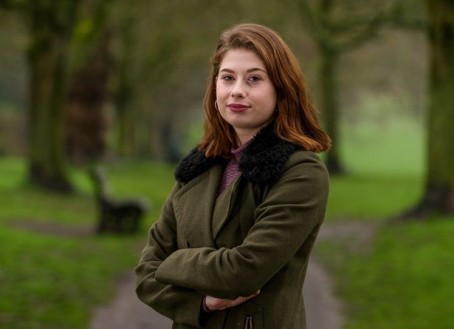 She described her experiences in a piece discussing the issue for Somerset Live, where she worked before recently moving to its Reach plc sister site in Cardiff.

She wrote: “I was in a controlling and abusive relationship. It left me feeling hopeless and numb and for a long time, I didn’t feel like myself. I managed to get my undergraduate and masters’ degrees but at times I felt like a shell of the person I was.

“Whilst studying I was masking the symptoms – mental health isn’t always visible and that’s the danger, it’s easy to hide how you’re feeling.

“But after years of feeling like I was gradually spiralling out of control I spoke out and I admitted something wasn’t right. I barely slept, I had recurring nightmares and I’d started to have flashbacks. I was exhausted.”

She went on: “After my worst panic attack, which left me sat in the corner of my bedroom staring at my medication, wondering if taking them all was the easiest way out, I called Samaritans and then my friend.

“When it got to about 6am I had exhausted myself so much I fell asleep. Two hours later I woke up, went to work and didn’t mention it again.

“After years of dealing with my problems, tackling them head on and overcoming some of the feelings I’ve had – I know I can face just about anything, even if some days that’s something I need to remind myself.

Bronte is the latest in a series of regional journalists who have gone public about mental health-related issues.

Earlier this month HTFP reported how Bronte used her experience of being offered rent-free accommodation in exchange for sex while house hunting in Cardiff to carry out an investigation into rogue landlords for her new employer.

Speaking to HTFP about how her piece had been received since it was published, Bronte said: “I was obviously hesitant at first because I didn’t know what the reaction would be like. Apart from my mum, I hadn’t told anybody else in my family and because I live so far away from them I didn’t want to worry them.

“But as soon as it went online I had some of my family members calling to say how brave they thought it was and said they had also struggled with their mental health.

“It was strange that people I am so close to had also struggled and I had no idea. A lot of people who I don’t know also got in touch to share their experiences and praised me for having the guts to put my story online for the whole world to see.”

“I do still worry it about how it could affect me in the future though. I know the majority of people are understanding when it comes to mental health, but it is in the back of my mind when talking to new people that they might have read it and they might be judging me based on that story.”

Discussing her colleagues’ reaction to her piece on PTSD, she added: “I was nervous when I first started working at Wales Online because I didn’t want to be the new person who also happens to have PTSD, but my colleagues who have talked to me about it have been lovely and have had nothing but positive things to say.

“I’m pleased I did it. It felt like a huge weight lifted off my shoulders and I can stop worrying about how to tell my family and friends because it’s there for the whole world to see.”