A regional daily journalist has urged men to open up about mental health issues after revealing he has suffered two nervous breakdowns.

Simon Binns, what’s on editor at the Manchester Evening News, has gone public about living with anxiety, depression and chronic shyness in a bid to get more people talking about similar experiences they have had.

In a piece for the MEN, Simon said the conditions had led to the breakdown of friendships and relationships, including with the mother of his two oldest children.

He took two weeks off work last year after “what is best called a wobble”, and has since cut down on alcohol and increased the amount of exercise he does in a bid to help his mental health. 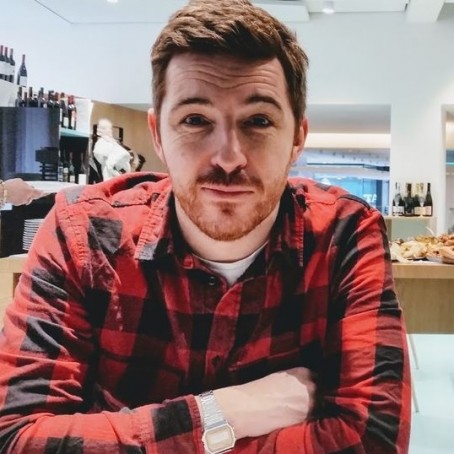 Simon is the latest of a number of regional press journalists in recent months to go public on his mental health issues – with other examples including George Allen, of the Derby Telegraph, Amelia Shaw, of the North Wales Daily Post, Kristian Walsh, of the Liverpool Echo, and former Hull Daily Mail staffer Steve Anderson.

Last week HTFP also reported how former Oxford Mail assistant news editor Esther Beadle had called for more support to be given to people who have gone missing, revealing she had contemplated suicide herself after disappearing for almost two days in 2016.

Describing the effect that almost 25 years of dealing with mental health issues had on him and others, Simon wrote  “It’s left friendships and relationships in its wake. It’s made me not want to leave the house. It’s made me ill. It’s got me into debt. It’s made me hate myself. It’s made me wonder what things would be like if I just wasn’t here any more.

“My self-esteem has been on the floor, so I chose to mask it with overconfidence. It’s led to one large nervous breakdown, one smaller one, medication, and bouts of explosive frustration that would leave me in flood of tears, on my own, not sure what to do next or who to turn to.

“I’ve alienated people, let them down, hurt them. I’ve done bad things to good people and I’ve pushed them away because I didn’t want them to know what was really going on. Those words are hard to write, but they’re even harder to admit to yourself in the first place. And the real tragedy is that it could have been so easily avoided – had I just talked about it sooner.”

“The awful reality is that the leap from struggling to suicide is frighteningly short. As a society, we put ourselves under more pressure now than ever before. Work harder. Do more. Be on your phone. Be on email. Check social media. Don’t switch off. Spin more plates.”

Adding that the “key thing was getting help”, Simon concluded: “Mental health problems are robbing families of fathers, brothers and sons. I’ve accepted that my own struggles will probably never go away forever, but I know how to manage them and I recognise the triggers.

“Four years ago, I met my current partner. We have a fantastic two-year-old daughter. We get married next September. So many things to look forward to. So much to enjoy. Lots of plans to make. But I’ll need support. Everyone does. And why is that so shameful?”