A regional daily has moved into its “perfect” new home after 45 years at its former base.

Liverpool Echo staff are now working 5 St Paul’s Square, across the road from its old headquarters in Old Hall Street.

Earlier this year plans were submitted to Liverpool Council by the Echo’s parent company Trinity Mirror North West & North Wales for Old Hall Street to be transformed into a 207-bed hotel, office space and a rooftop “sky bar”.

The plan was conditionally approved by members of the authority’s planning committee last week. 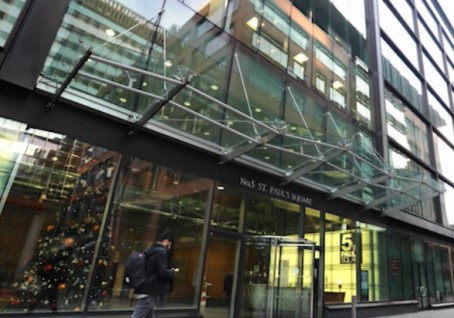 Speaking about the move, Echo editor Alastair Machray told HTFP: “We are thrilled to be up and running in our new home in the heart of Liverpool.

“While we are just over the road from what has been our home since 1973 it is a world of difference in terms of a working environment.

“It is bright, light, and modern – the perfect base for a brand that has led the way in print for over 100 years and is well on the way to doing the same as a digital publisher for the next 100.”