Japanese firm Sony has struck a deal to move 500 staff in to a regional daily’s former headquarters.

Sony Interactive Entertainment Europe, an arm of the Japanese company responsible for video games, has agreed to lease three floors of office space inside the Liverpool Echo’s old home at Old Hall Street.

The building has now been renamed Echo Place and Sony will next year relocate 500 staff from Liverpool’s Wavertree Technology Park to the site, which is being redeveloped by the Echo’s parent company Reach and the Dubai-based Select Group.

The newspaper left the building in 2018 after 45 years there, and is now based across the road at 5 St Paul’s Square. 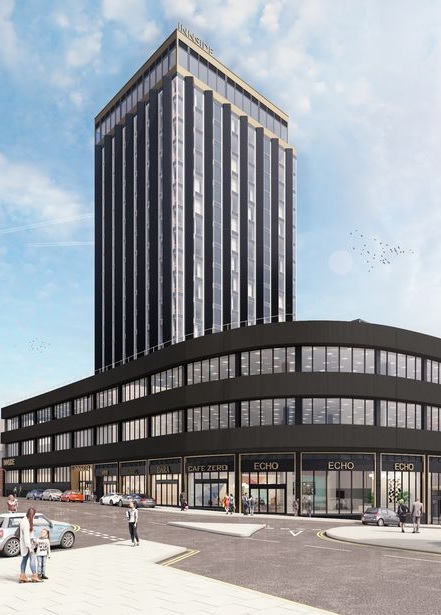 An artist’s impression of the Echo Place development

According to the Echo, work is already under way to turn the tower above the old Echo office into a 207-bed hotel, including a Sky Bar on the 17th floor, which will be run by Spain’s Meliá Hotels International Group and is set to open next year.

At street level, the building will be redeveloped to include five new retail units to serve the growing population of Liverpool’s commercial district.