Deputy promoted as daily editor steps down after two years 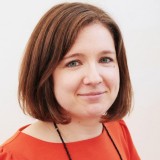 A regional daily editor is to leave the newspaper at the end of the month to be replaced by his deputy, it has been announced.

Andy Richardson is stepping down at the end of the month after two years in charge of the Northern Echo.

She will also take responsibility for Newsquest sister weekly the Darlington & Stockton Times.

Hannah, who lives on her family’s North Yorkshire dairy farm, joined the Echo as a trainee reporter in October 2003 and has since worked in various newsroom roles.

She said: “The Northern Echo has always been my local paper. I only applied to study journalism after seeing an advert in its pages for courses at Darlington College.

“When I got a job as a trainee reporter on the Echo covering North Yorkshire I never imagined that one day I would become editor. Luckily when my car’s brakes failed on the way to the interview, it was not to be a bad omen.

“I’ve worked alongside so many brilliant people in my time here, and I’m thrilled to be leading such a dedicated team in providing top quality journalism to our loyal readers, both in print and online.”

Newsquest North managing director David Coates said: “Hannah is a rising star of our editorial operation and we are delighted to give her this opportunity. I am confident that she will make a great success of the role.

“I would also like to take this opportunity to thank Andy for the significant contribution he has made to the business and we wish him every success in the future.”

Newsquest editorial director Toby Granville said: “I’m delighted that Hannah will make history as the first female editor of one of the most prestigious titles in our group.

“She is enthusiastic, talented and totally switched on about the challenging and exciting times our industry is in. I know Hannah will bring a new dimension to the Northern Echo and make this great title even greater.”

Andy was business editor of the Echo before taking over as joint acting editor when long-serving predecessor Peter Barron left in April 2016.

A Newsquest spokesman said: “Andy’s departure is completely amicable and he is simply leaving the Northern Echo to pursue other career opportunities.

“We are pleased that he has agreed to stay until the end of July to ensure a smooth handover with new editor Hannah Chapman and we wish him all the best for the future.”