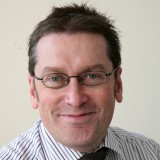 Nine editorial roles are set to be lost and two new ones created as part of a regional daily’s plan to merge  four district reporting teams into two.

Newsquest has announced the proposals at flagship daily the Northern Echo, which will see an overall headcount reduction of up to seven and also involves a shake-up of its features operation.

The move would see four existing news reporting teams which cover Tees Valley, Durham, South West Durham and North Yorkshire reorganised into North and South teams, each with their own chief reporter.

The roles of listings editor, special features co-ordinator, features writer business editor and regional reporter have been put at risk, along with chief reporter/news editor positions in the four existing district patches.

The changes were announced on Friday by Echo editor Andy Richardson, pictured, who is himself due to leave the paper at the end of this month.

Andy’s forthcoming replacement by Hannah Chapman means her current deputy head of content role will also be available, although a currently vacant senior reporter position will not be replaced.

A formal consultation began yesterday, and anyone wishing to apply for the new roles has been urged to apply to Hannah by 5pm tomorrow.

In a message to staff announcing the changes, which has been seen by HTFP, Andy said: “As you are aware the Company continues to look at all functions and disciplines across the business and where appropriate implement re-organisations or consolidations of functions to deliver efficiencies and reduce costs.

“There is a need to reduce costs and deliver efficiencies in Darlington, and as a result the company is proposing to restructure the editorial team.

“It is proposed that as part of the restructure the roles of regional reporter and business editor are at risk of redundancy. The appointment of Hannah Chapman to the role of editor/head of content will create a vacancy for deputy head of content. The role of senior reporter which has been vacant since Lizzie Anderson resigned will not be replaced.

“In addition, changes to content and workflows have placed certain roles in the features team at risk of redundancy. As this is currently a proposal only, the date of this is yet to be confirmed but is anticipated as being 17 August 2018.”

“As with any reorganisation, it is the policy of the Company to avoid unnecessary redundancy wherever possible and in an effort to do so it will undertake a consultation process with those affected to discuss potential ways of doing so.”

A Newsquest spokesman added: “We continue to look for ways to run our business in Darlington more efficiently to ensure that our titles have a sustainable cost structure for the future.

“Whilst any potential redundancies are regrettable, it means we can continue to invest in frontline reporters which are central to the continued success of our publishing business.”

The new roles due to be created, along with the existing vacancy due to be filled, are: