A regional daily is officially on the hunt for a new home after putting its historic office up for sale.

The Mail has announced plans to move out of its present Abbey Road site in Barrow-in-Furness, and find an alternative office “in the heart of the town in an approach more fitting of a modern multimedia business.”

HTFP reported in July how owner Newsquest had first confirmed it was looking for an alternative headquarters for The Mail.

It was reported at the time that a number of staff were set to be relocated to the offices of sister title the Westmorland Gazette, in Kendal, in a move which could also see some working remotely. 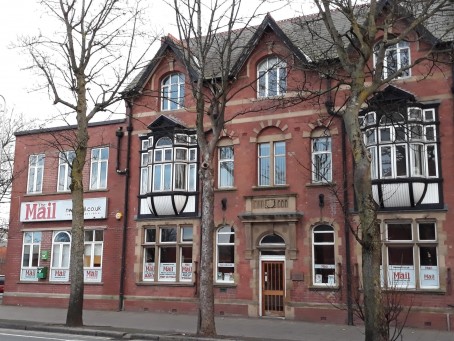 But, in a piece officially confirming the 19th century Abbey Road building, pictured, has been put on the market with an asking price of £350,000, editor Vanessa Sims revealed a recent recruitment drive had resulted in six new journalists being based in Barrow.

In the piece, she also confirmed The Mail’s Reader Travel Holidays business and its newspaper sales operation will also continue to operate in the town.

Jonathan Lee, managing director of Newsquest Cumbria and a former editor of The Mail, said: “The Mail has a long tradition of fighting for Barrow, Furness, Ulverston and Millom and all the surrounding villages and communities.

“We remain committed to providing the best possible coverage for our readers and the best possible advertising solutions for existing and new clients, and have invested in people, equipment, training and products to make sure that continues.

“It is no secret that our Abbey Road building is no longer fit for a modern multi-media business like ours. And we are actively seeking new premises in the heart of Barrow.

“Better use of technology also means our journalists and advertising sales staff are able to spend more time in the heart of the community covering and dealing with the issues which are most important to you, our readers and advertising clients. We therefore no longer need the size of premises that we previously did.”

He added: “This marks a new era for the Barrow-based team and one we are looking forward to in order to make sure we are providing what you want from a media organisation in 2018 and beyond, across digital, magazines, events and newspapers.”