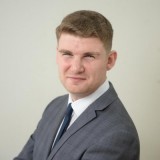 A police chief declined to reveal crime statistics to councillors at a meeting after being warned a daily newspaper reporter was present.

Inspector Craig Walker, of Police Scotland, had been about the present crime statistics at a meeting of Glasgow City Council when the clerk made him aware that Glasgow Evening Times local democracy reporter Eddie Harbinson, left, was covering proceedings.

The meeting was temporarily halted and councillors were then told they would only be given the full breakdown of statistics for the north Glasgow areas in private.

The council has defended the decision on the grounds that it is “extremely rare” for press or other members of the public to attend certain meetings.

A spokeswoman for the council told the Evening Times: “It is clearly beneficial to communities when the media takes an interest in local decision making.

“However, until very recently, it was extremely rare that press or other members of the public would attend certain meetings – and has become apparent that, in some cases, people taking part have not been aware that they were speaking publicly.

“We have a responsibility to make sure participants understand that they are addressing an open meeting.

“While it may have been preferable for this to have been done prior to the meeting, there was no intention to stop anyone from speaking or to alter the nature of their contribution.”

The decision has been criticised by MSP Annie Wells, who represents the Conservatives in Glasgow.

She told the Evening Times after last month’s meeting: “It’s commonplace for journalists to attend such public meetings, and that is a key make-up of local democracy in action. If anything, the police should be embracing this interest, not stifling it.”

HTFP has approached the Evening Times for a comment.