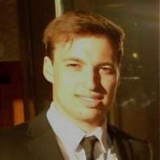 Regional press groups are piloting a robot reporting project being developed by the Press Association.

The automated news service involves a team of reporters using open government and local authority databases, and story templates, to generate automatic stories about health, crime, employment and other subjects.

PA has now hired the first journalists to work on the scheme, and 20 local newspaper titles have published stories produced by them since a closed pilot was launched at the end of November.

In all there are 35 regional titles involved in the pilot from 14 publishing groups including Archant, Independent News and Media, Iliffe Media, Johnston Press, Newsquest, Midland News Association and Trinity Mirror.

The project, called RADAR (Reporters and Data and Robots), was launched in the summer after PA was awarded a £700,000 grant by Google as part of its £150m Digital News Initiative.

So far two of the five journalists who will work on the project have been recruited – former Ilford Recorder, Romford Recorder and Wanstead & Woodford Recorder chief reporter Ralph Blackburn, pictured, and former Guardian journalist Niamh McIntyre.

They will work with data journalism start-up Urbs Media, launched by former Local World executive Alan Renwick, which has been involved in developing the project.

Pete Clifton, editor-in-chief at PA, said: “I’m pleased to see our customers actively engaging with the content. Their feedback is providing us with valuable insights as we scale up production to reach our target of 30,000 stories each month for a much broader user base.”

He said: “RADAR is an exciting new service and a very welcome positive boost for Archant’s newsrooms, giving us access to data sets and information that are enabling us to share important stories with our readers.”