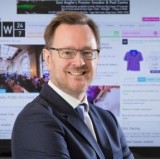 The ‘big three’ regional press groups have won the lion’s share of contracts to employ up to 150 new BBC-funded reporters to cover council and public meetings across the UK.

Details of which news organisations have been awarded the contracts to employ 144 full-time and two part-time ‘local democracy reporters’ have been announced today.

Of the 58 contracts awarded, Trinity Mirror have secured 24, Newsquest 17 and Johnston Press eight, with the remaining nine split between smaller regional groups and hyperlocal publishers.

In terms of the reporters to be recruited under the £8m-a-year scheme, TM will employ 63, Newsquest 37 and JP 30.5, with Archant, the KM Group and DC Thomson each having two apiece.

Hyperlocal publishers who succeeded in securing contracts include the Hackney Citizen and Manx Radio, which will each employ one reporter, and the Lincolnshire Reporter, which will employ two.

One reporter will go to the London Evening Standard, while half a reporter is allocated to the Shetland News.

The BBC has so far declined to give a further regional breakdown of how the contracts are allocated within individual regions in England and Wales, but BBC Scotland has put out a separate announcement on the breakdown north of the border.

This shows that that Johnston Press will have 7.5 new reporters in Scotland, Newsquest five, DC Thomson four and Trinity Mirror four.

Today’s announcement follows a rigorous bidding process in which news organisations were required to prove their financial stability as well as a strong track record of relevant journalism in the areas they were applying to cover.

In order to qualify, it is understood that applicants had to provide sets of accounts dating back several years, which may have deterred some recently-formed companies from bidding.

The successful bidders will now receive funding top-sliced from the licence fee to cover employment costs of the reporters.

Once they have been recruited, stories written by the local democracy reporters will be shared with more than 700 media organisations that have signed up to be part of the BBC’s Local News Partnerships scheme.

David Holdsworth, the outgoing controller of BBC English Regions, said: “This is a major advance in the partnership which will significantly improve the reporting on councils and public institutions, leading to greater public accountability for our local politicians.”

News Media Association chair Ashley Highfield, pictured, added: “The ground-breaking Local News Partnership between the NMA and the BBC is now becoming a reality which will benefit the BBC, local media and, most importantly, local communities.

“The initiative has moved the whole relationship between the BBC and the local media sector from confrontation to collaboration, and key benefits will include 150 new journalists on the ground holding public institutions to account on behalf of their readers.

“Managed by local media and funded by BBC, the Local Democracy Reporters are just a part of a slew of collaborative initiatives that will see local media get access to BBC’s local video and data journalism.”

The partnership between the BBC and the NMA also includes a Shared Data Unit, based at BBC Birmingham, and a facility allowing local news providers access to relevant regional BBC video and audio content.

A small number of contracts are still to be awarded which will bring the number of reporters up to 150. The full breakdown of contracts awarded and reporters employed, by region and by company, can be seen in the tables below.

Contracts and reporters by BBC Nation and Region:

Contracts and reporters by company: