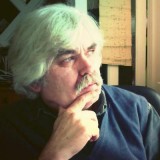 Of the 58 contracts to employ the taxpayer-funded journalists, 49 were awarded to either Trinity Mirror, Newsquest or Johnston Press, with the remaining eight split between smaller regional groups and hyperlocal publishers.

Of the successful hyperlocals, the Hackney Citizen and Manx Radio will each employ one reporter, and the Lincolnshire Reporter will employ two.

However, other hyperlocal publishers have criticised the way the contracts have been awarded.

Salford Star editor Stephen Kingston said: “This so-called scheme for local democracy reporters looks to us like a total sham. The news groups that have benefited from BBC funding have been sacking journalists for years in the relentless pursuit of more profit.

“The reason they do not hold public bodies properly to account, or report consistently on council meetings, is that, firstly they haven’t got enough journalists because they’ve sacked them all, secondly because these stories are neither easy to research, nor do they usually farm thousands of readers for advertisers, and thirdly, because it’s less time consuming cutting and pasting press releases from the police, councils or wherever – or nicking Salford Star stories.

“This is BBC public money subsidising lazy, unscrupulous publishers. Unfortunately, the BBC just hasn’t got the balls to support non-profit media that has no vested interests, other than giving the community a voice and holding authority to account – issues that the mainstream media gave up prioritising years ago. If the community wants a proper media, as always, we’re going to have to continue trying to do it ourselves.”

The decision has also come under fire from independent online newspaper Cornish Stuff.

Its official Twitter account posted: “BBC subsidises trash media is the story here. Big companies sack proper journos, because the click through rate and therefore ad revenue is crap for proper stories compared to laughing hyenas. It’ll still be at the bottom of the scroll.”

According to Cardiff University’s Centre for Community Journalism, which recently established a trade body for hyperlocal publishers, 22 hyperlocal titles have successfully bid to receive content through the scheme.

Its official account posted: “Content is not produced for the BBC or ‘employer’ exclusively. Content, once created, is available to all partnering organisations simultaneously, including employer. Whether it’s a good use of public money, We’ll have to see.”