A regional daily which closed at the end of August with the loss of 49 jobs is set to resume publication under new ownership.

Local radio station Revolution 96.2 has succeeded in its bid to buy the Oldham Chronicle, which ceased publication when its parent company, Hirst Kidd and Rennie, went into administration.

The independent station has also purchased the rights to a series of monthly sister titles including The Oldham Extra, Saddleworth Extra, Tameside Extra and the Dale Times, as well as quarterly magazines Oldham Business Edge, The Knowledge and Primary Knowledge.

The deal, announced by administrators Paul Flint and Jonathan Marston of KPMG this morning, opens up the prospect of a four-way battle for readers in the North West town, which has seen three rival publishers launch new titles or editions since the Chronicle’s closure. 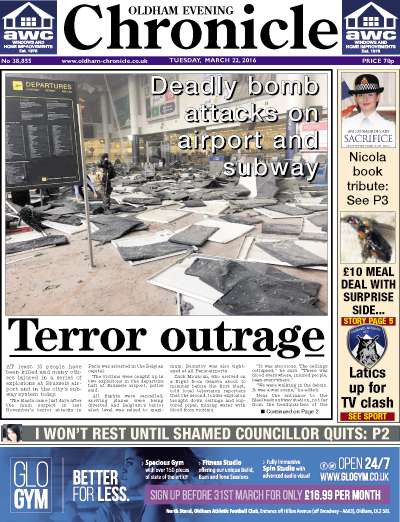 Said Paul: “We are pleased to have found a buyer to take on the heritage of the Oldham Evening Chronicle and the ambition to restart production. We wish Revolution 96.2 all the best with the new venture.”

The new owners have yet to be decide when the newspaper will resume publication, and whether it will be daily or weekly.

Revolution 96.2’s managing director, Matt Ramsbottom, said: “We are delighted to have completed the deal with KPMG who have been a pleasure to work with. Oldham Chronicle has been the newspaper in Oldham for 163-years, the history, heritage and archives are important and should be respected.”

“Printing the next edition of the Oldham Chronicle will not be without its challenges, we are working hard to pull together the various elements of the process, a significant amount of data and information was stored in the cloud and it may prove tricky to retrieve. However the passion, support and belief to bring back the newspaper by loyal readers and advertisers has been overwhelming.”

As previously reported on HTFP, other publishers moved moved swiftly to expand their presence in Oldham in the wake of the Chronicle’s closure.

A third contender then entered the market in the shape of the Oldham Reporter, published by Ashton-under-Lyne-based Quest Media.

Both the Times and the Reporter claimed to have sold out of their first issues, with Newsquest’s Times targeting a weekly circulation double that of the Chronicle’s 6,408 average daily sale.

The administrators made clear that Hirst, Kidd and Rennie Limited itself remains in adminstration despite the Chronicle deal.

They said today: “The administrators continue to explore opportunities to realise the remaining assets and preserve the Chronicle’s extensive archive for the benefit of the local community.”