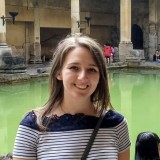 Six regional daily staff left jobless have found work with a weekly founded in the wake of their old newspaper’s closure.

Newsquest says five journalists and one advertising salesperson who were employed by the Oldham Evening Chronicle are now involved with its new venture the Oldham Times.

They include former Chronicle deputy news editor Lucy Williams, left, who is now working as a multimedia journalist for the newly-launched weekly.

Other former Chronicle journalists now describing themselves as working for the Times include sub-editor Matthew Rogers, now working on the Times’ sportsdesk, and reporter Gill Potts.

The Times was launched last month, three weeks after the Chronicle ceased publication with the loss of 49 jobs.

Radio station Revolution 96.2 has since bought the Chronicle and says it also plans to recruit some of its former staff ahead of a planned 2018 relaunch.

The Times is one of three new print rivals to have emerged while the Chronicle has been off the newsstands.

Tameside based Quest Media has also launched the Oldham Reporter while Trinity Mirror has launched an Oldham edition of the Manchester Evening News.

Nick Fellows, managing director of Newsquest North West, said: “We have been delighted with the performance of The Oldham Times in its first month since it was launched following the sad demise of the Chronicle.

“Thanks to the tremendous efforts of its staff, we have produced an exceptional new weekly newspaper that has been enthusiastically received by the people of Oldham.

“They obviously miss a local newspaper but have been very vocal about how pleased they are with the Oldham Times. It is a proper local community newspaper, with council, court, local news about the local area and its people.

“In terms of a new local business, it is performing well above expectation and at the same time we have been able to employ talented staff who with great local knowledge and passion about newspapers who had been left out of a job.

“In our view, it is a fantastic result all round and we will continue to work hard to build upon an extremely encouraging foundation.”