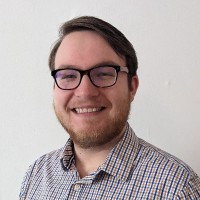 A young journalist has won national press for his investigative work after revealing a government secrecy scandal.

Scotsman deputy political editor Conor Matchett has won Best Campaign/Investigation at this year’s MHP Mischief 30 To Watch: Young Journalist Awards, which honours talent in the industry under the age of 30.

Conor won the prize for his work in revealing Public Health Scotland sought to delay the publication of a report into Covid-19 care home deaths until after the Holyrood elections.

In awarding the prize to Conor, judge James Ball praised Conor’s “important report, especially for the families of people affected by that crisis.

Conor, pictured, told HTFP: “This award was a real shock, but to have my work uncovering care home deaths and Covid in Scotland and the Scottish Government’s attempts to keep the information secret recognised does mean a lot as this was a project I poured hours over the last two years hoping to get to the bottom of this data that should have always been made public.

“Thanks to MHP Mischief and the judge, James Ball, for the very kind words and the award.”

Regional press winner’s among this year’s ’30 to watch’ included the Bristol Post’s Estel Farell-Roig in the news category and the Dundee Courier’s Derek Healey in the health category.

Laoise Gallagher, of Kent Online, was also among those honoured for her work covering culture, entertainment and lifestyle.