Around 65 advertising jobs at risk at Archant following Newsquest takeover

Around 65 jobs are believed to be at risk in cuts at Archant following its takeover by fellow regional publisher Newsquest. 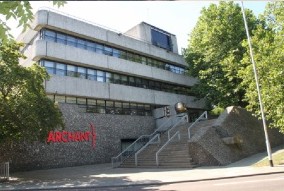 However, HTFP understands some of those affected have now taken voluntary redundancy or are seeking alternative employment whatever the outcome of the consultation, with a number taking to social network LinkedIn to offer their services.

A spokesman for the publisher said: “A consultation process has commenced with the staff of Creative Life, Archant’s in-house advertising production and design services department, about the future of this activity.

“This is an important part of the plan to get the Archant titles to a sustainable position. Unfortunately, this puts at risk a number of jobs. No editorial roles are affected by this proposal.”

One affected member of Creative Life staff, who wished to remain anonymous, told HTFP: “I joined Archant 12 years ago, it was a company I admired from the outside and wanted to be a part of that family, that brand.

“I have loved my time here, but unfortunately Archant as I knew it is no more.”

Newsquest’s takeover of Archant in a deal believed to be worth around £10m was confirmed in March.

However, Culture Secretary Nadine Dorries has subsequently announced she was “minded to” intervene over competition fears surrounding the deal.

The process of integrating the Archant portfolio within Newsquest is being led by Vincent Boni, previously its divisional managing director for Dorset, Hampshire and Cornwall.