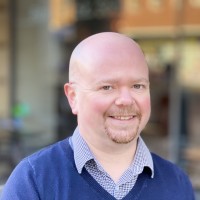 An editor has revealed his departure from a city news website that has published no news stories for the past two weeks.

John Baker has confirmed he has left Peterborough Matters, which he had edited since its launch by Archant in 2020.

The site currently has no editorial members of staff listed on its website and the last news published on the site was on 10 June.

As well as John’s departure, reporter Shariqua Ahmed announced on Twitter earlier this month she would be “taking a break” from her work there to go on maternity leave.

Archant’s new owner Newsquest says it intends to keep the site going, but declined to reveal whether John’s role will be replaced when approached by HTFP.

Archant already runs a number of other titles in Cambridgeshire including the Cambs Times, Ely Standard and Wisbech Standard, and also has a ‘live’ reporting team covering the county.

Peterborough Matters was launched in February 2020 after being set up by Archant through the Google-funded initiative Project Neon.

John, who served as features editor of the Peterborough Telegraph between 2011 and 2014, was recruited to edit the site.

Shariqua also served on the launch team along with content assistant Charlotte Moore, who moved to a trainee reporter role with Archant in September 2021, based in Ipswich, and left the industry altogether in May this year to become campaigns officer at the National Literacy Trust.

Carly Beech, another founding member of staff, left last June to become a showbiz reporter on the Daily Star.

John announced he had left Peterborough Matters in a Twitter comment about planned advertising redundancies at Archant, first reported by HTFP last Thursday.

John, pictured, wrote: “As a recent departing staff member, this is sad to see. Last couple of years have been quite an experience.”

In a separate announcement about her maternity leave on 18 June, Shariqua wrote: “I am taking a break from Peterborough Matters and officially off on my Maternity leave from today.

“Wish us luck as we embark on this new rollercoaster. Please keep those handy tips coming.”