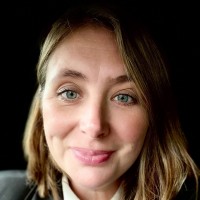 A regiopnal publisher is deploying security staff to help journalists who have been subjected to threats online, it has been revealed.

Reach plc’s online safety editor Rebecca Whittington says the company is choosing to “err on the side of caution” in relation to editorial staff who have been the victims of abuse and hate crimes.

Rebecca, pictured, was appointed to her newly-created role in October to help Reach journalists who receive abuse or harassment as a result of their job.

Now, she has spoken out about the work she has undertaken since taking up the position and the “rising hate” she has witnessed in reports from journalists, who she says are being “undermined and demoralised on a daily basis”, about the abuse they face.

Speaking to Nieman Lab, the publication of the Nieman Foundation for Journalism at Harvard University, Rebecca said: “We have seen hate crimes take place, racism, threats against life.

“In those circumstances, we always encourage the victim to report it to the police and we support them with that reporting.

“In a case recently, where there were very indirect threats being made on a social media platform, it was really difficult to know who they were coming from.

“We ended up having our security people involved with that so that they could support that journalist.”

Cases of online abuse against journalists covered by HTFP include a “death threat” sent by an anti-vaxxer to JPIMedia data and investigations editor Harriet Clugston.

Last month we also reported how Susie Beever, of Reach title the Hull Daily Mail, had shared fears that anti-vaccination protesters may attack regional journalists following a “terrifying” threat she faced herself.

In 2018, Leeds Live court reporter Stephanie Finnegan revealed she had been issued with a panic alarm by Reach after supporters of the far-right leader ‘Tommy Robinson’ attempted to find out where she lived.

Rebecca also noted that, anecdotally, there was “more abuse and hate taking place against women and people of colour”.

Speaking to HTFP about security staff becoming involved following threats, she said: “I wouldn’t give more detail on individual incidents, but I would say we involve the security team in the majority of reports we receive to ensure a joined-up approach and to err on the side of caution.

“Similarly, we wouldn’t hesitate to involve the police if a crime has been committed.

“The response varies hugely from case to case but the safety of our colleagues is the number one priority.”