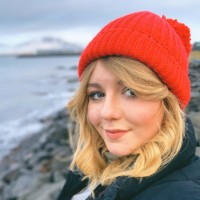 A reporter has shared fears that anti-vaccination protesters may attack regional journalists after being subjected to a “terrifying” threat herself.

Susie Beever, senior reporter at Hull Live and the Hull Daily Mail, has opened up on a recent example of abuse she faced in which a reader warned her that journalists were “hung” at the Nuremberg trials.

In a chilling message sent to Hull Live’s Facebook inbox, the abuser said: “Remember that Susie because I will.”

Her decision to speak out about the threat comes after Piers Corbyn, brother of former Labour leader Jeremy Corbyn, was arrested on suspicion of encouraging people to attack MPs’ offices at a rally against coronavirus restrictions.

Posting a link to Piers Corbyn’s speech at the rally on Twitter, Susie wrote: “Language like this is filtering its way down into the impressionable and fearful, and it’s terrifying because it only takes one person to act for it to have disastrous consequences.”

Susie received the threat after writing a story about how fake flyers masquerading as official UK Government leaflets had been produced in attempts to spread anti-vaxx propaganda around Hull.

The message she received in response to the story stated: “Bulls*** it’s a site anyone can go on, how much the government paying you to spread lies.

“Even the media was hung at Nuremberg remember that Susie because I will.”

Speaking to HTFP, Susie said: “These threats and the language used all seem to follow the same rhetoric – that the ‘mainstream media’ in obtaining and passing on information is part of some fictional conspiracy, and that at some point we’ll all get retribution.

“Already this year BBC staff have had their homes targeted by protesters and sent appalling abuse. BBC journalist Phillip Norton was approached by one individual who told him ‘the nooses are ready’.

“Then there was the horrifying video of Nicolas Watt from Newsnight being mobbed by anti-lockdown protesters while police officers just watched.

“For lots of us in the industry, this is threatening. Because although we know these people are a loud minority, it only takes one individual to act for this to become something much more sinister.”

HTFP reported in September how JPIMedia told its journalists to work from home as a precaution after anti-vaccine protesters targeted the offices of a number of national news organisations on alternate Fridays.

The following month, Rebecca Whittington was appointed Reach’s first online safety editor in a bid to tackle abuse of the publisher’s journalists.

Discussing the threat to Susie, Rebecca told HTFP: “Unfortunately the subject of vaccinations is one which can polarise online audiences; we have noticed a direct correlation between the subject of Covid and an increase in online abuse aimed at our journalists.

“It is crucial that our reporters are able to produce checked and verified information about matters that impact public and community health without fear of their own physical safety.

“In my role as online safety editor I am supporting journalists across the company who may have been affected by abuse or harassment.

“There is a robust system in place at Reach to deal with such abuse, and issues that might affect health, mental and emotional wellbeing are tackled head on.”