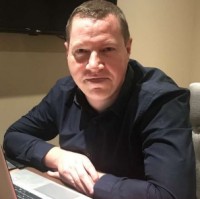 A regional editor has been poached from his role to run a rival publisher’s flagship daily.

Newsquest has unveiled Gavin Foster as the new editor of the Northern Echo.

He was previously head of print and curation at JPIMedia daily the Sunderland Echo prior to making the switch to Reach, where he took charge of the group’s new Sunderland Live and Durham Live titles.

Gavin was promoted to his current role six months after joining Reach.

He said: “I’m thrilled and excited to be appointed group editor at Newsquest in the North-East.

“The Northern Echo has a rich and proud history with a reputation for trusted, quality journalism.

“I look forward to helping lead the talented and experienced team at the Great Daily of the North to grow audience and reach more people in the communities it serves.

“It’s been an honour to be editor of Chronicle Live and to help lead a brilliant team.

“I am hugely grateful to Reach, in particular Helen Dalby, for giving me the opportunity and for her continued support and encouragement throughout.”

Gavin’s start date at the Darlington-based Echo is to be confirmed, while incumbent editor Karl Holbrook is preparing to join the Daily Express.

David Coates, regional managing director for Newsquest (North), said: “We were very fortunate to have an abundance of excellent applicants for the role but Gavin’s experience and ambition for the Northern Echo shone through in our discussions.

“His track record in building digital audience in his current role is as equally impressive to the breadth and depth of his news management experience.

“I am delighted that Gavin has accepted the job and very much look forward to him joining our team.”