The UK regional press has rallied to show support for under-attack Ukraine on its front pages this morning.

Many regional dailies have chosen to splash on Russia’s invasion of Ukraine today.

The attack is estimated to have claimed the lives of 137 Ukrainian citizens yesterday.

A bleak splash on The Scotsman simply declared there is now ‘War in Europe’, accompanied by a photograph of an injured civilian surrounded by debris. 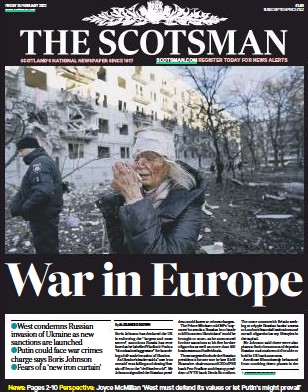 In the military city of Portsmouth, the front page of The News sent a message of solidarity to suffering Ukrainians. 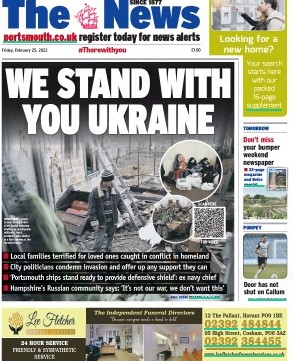 The message was echoed at the Bristol Post, one of a number of regional titles to add the flag of Ukraine to its masthead this morning. 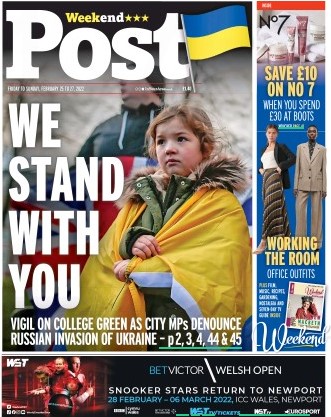 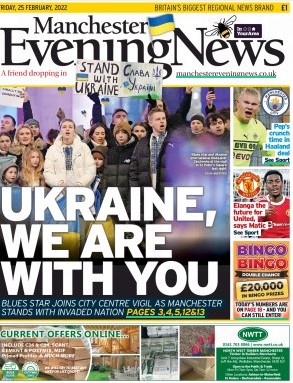 And the Yorkshire Evening Post covered a plea for peace from members of the Leeds Ukrainian Community Centre. 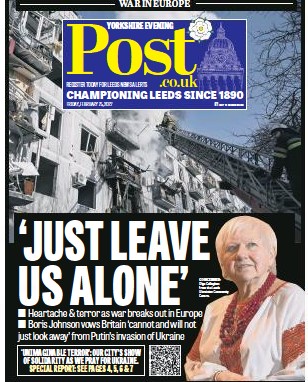 The Northern Echo introduced a blue and yellow background on its social media channels yesterday and the Darlington-based daily also covered the attack online, including stories on the impact it could have on the North-East of England.

A special print report was also run this morning. 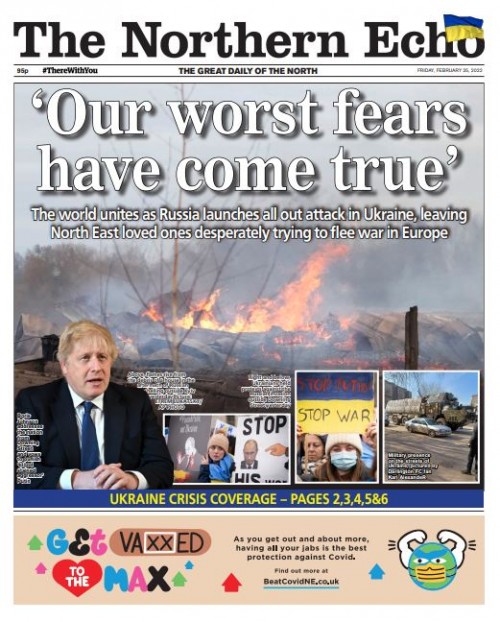 Echo editor Karl Holbrook told HTFP: “The awful situation in Ukraine is, as our Prime Minister has said, a catastrophe.

“First and foremost it is a humanitarian catastrophe for the people of Ukraine, to whom we send our support and solidarity.

“But it is also a catastrophe to us here at home, both economically and politically.

“It has the potential to exacerbate the cost of living crisis, plunge public finances deeper into a black hole and so much more.

“We can’t look away and that’s why we’ve committed not just to providing the best coverage of this crisis as we can regionally, but also in making this small gesture of solidarity.”