Film franchise Star Wars provided inspiration for a newspaper’s splash on the Russian invasion of Ukraine.

The Herald on Sunday referenced the sci-fi series yesterday, running with the headline ‘Tsar Wars’.

The Glasgow-based paper depicted the world as a bomb that is set to explode on its front page, warning the war marks “the end of the world as we knew it”.

Regional press titles have continued to show their support for under-fire Ukrainians in recent days, with a number of titles making use of Ukraine’s blue and yellow national colours on their fronts. 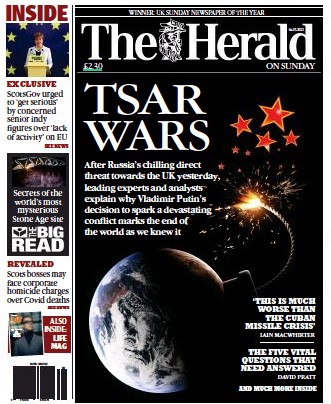 Wokingham Today was among them, running with a blue and yellow masthead and the message ‘Standing with Ukraine’ below. 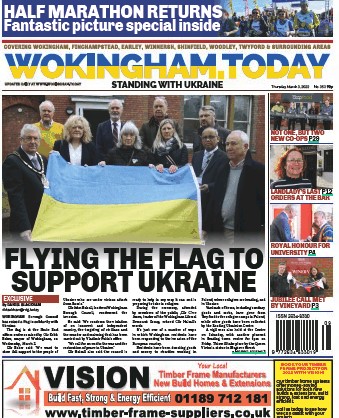 The Peterborough Telegraph cover how its readers had shown support for Manchester City and Ukraine footballer Oleksandr Zinchenko after his team had visited their patch for an FA cup tie against Peterborough United. 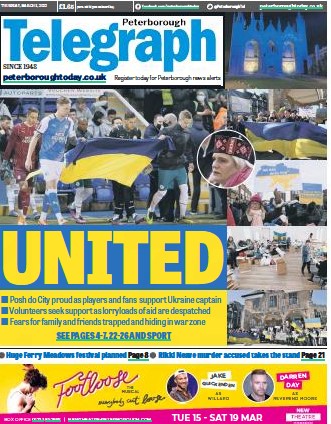 The Telegraph’s sister weekly the Northampton Chronicle & Echo also ran a blue and yellow headline in its show of support for the Ukrainian people on Thursday. 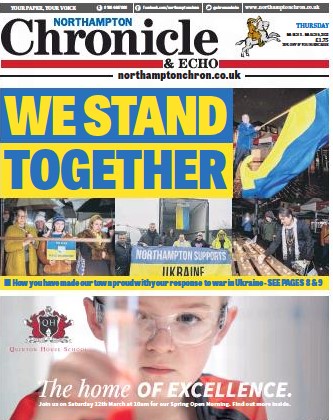