A racecourse has unveiled a permanent memorial to a senior journalist at a regional daily who died suddenly aged 52.

York Racecourse has installed a bench in memory of Tom Richmond, who was opinion editor at the Yorkshire Post up until his death in March.

Tom’s sister Lizzie helped unveil the bench opposite the press room with racecourse chairman Bridget Guerin in a short ceremony on Tuesday.

Members of the media, course officials and friends of Tom were also present at the ceremony. 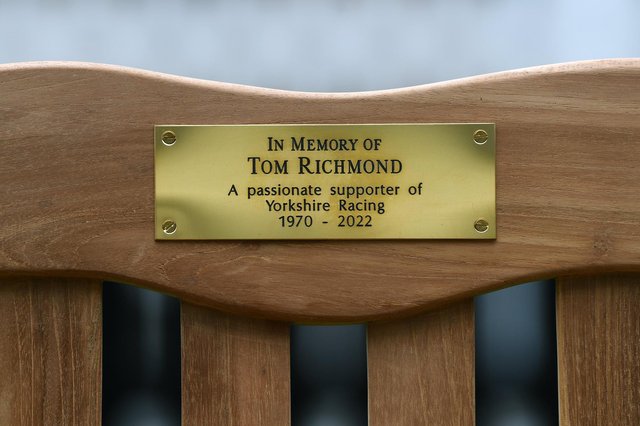 In addition to his work for the Leeds-based Post, Tom was also known for his writing on horse racing during his career.

He was shortlisted for Racing Writer of the Year at the Horserace Writers and Photographers Association Derby Awards in 2014.

Mrs Guerin told the Post: “We all miss Tom so very much and can’t believe he is not here with us today.  Racing was his hobby and he was a great ambassador for both racing and York.”

The unveiling tocame ahead of Tom’s funeral, held yesterday in Rugby. Tom’s family have chosen The Injured Jockeys Fund for donations to be made in his memory.