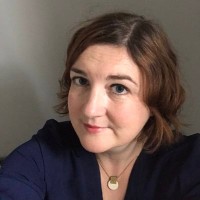 A new senior editor has been appointed after her predecessor moved to a different role with the same publisher.

Laura Davis has been unveiled as the new senior customer editor for Reach plc in the North-West of England.

Her appointment comes after Neil Macdonald, who had held the role since it was created last summer, moved to become audience editor at Reach’s North Wales Live website.

Laura, pictured, has been Reach’s niche relationships and special projects editor since July 2021 and held a series of senior arts and entertainments roles at the Liverpool Echo prior to that.

Posting on Twitter on Friday, she said: “Sad it’s my last day working on Reach’s niche sites – some of the most fun I’ve ever had in journalism.

“But I’m excited to be taking on a challenging new role as senior customer editor for the North-West, covering the Liverpool Echo, Manchester Evening News, North Wales Live and Lancs Live.”

A raft of senior customer editor roles were created by Reach last year to cover regions of the UK and Ireland, as well as specialist areas including sport and newsletters.

The team “serve as the bridge” between the publisher’s editorial and customer teams and are responsible for developing editorial products, such as digital newsletters, to “drive customer loyalty and engagement”.

Neil posted on Twitter that he was “looking forward to getting stuck in” to his new role.