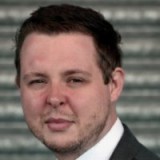 Fourteen editors have been given new senior roles in a publisher’s bid to increase reader loyalty.

Reach plc has announced the appointment of a raft of senior customer editors to cover regions of the UK and Ireland, as well as specialist areas including sport and newsletters.

The team will “serve as the bridge” between the publisher’s editorial and customer teams and will be responsible for developing editorial products, such as digital newsletters, to “drive customer loyalty and engagement”.

Among them is Ross Gregory, who has been poached from his previous role as JPIMedia’s national sports editor to serve as deputy sport senior customer editor under Kristian Walsh.

Neil Macdonald takes up the SCE editor post in the North-West of England, while Jenna Thompson, currently Reach’s senior editor for Yorkshire and the Humber, is moved to the equivalent role in the North-East.

Shannon Hards, audience editor for Cornwall Live, Devon Live and Plymouth Live, will be SCE in the South-West of England, and Lauren MacDougall, who is audience and engagement editor for five Reach titles in the South-East, takes responsibility for that region.

Christina Savvas, previously head of audience at Birmingham Live, takes on the West Midlands beat, with Nottingham, Derby and Lincolnshire audience editor Sam Dimmer being promoted in the East Midlands.

Non-regional roles include Ann Gripper, who will oversee Reach’s nationals, Helen Harper, who becomes head of optimisation, and Alison Sanders, who serves as head of newsletters.

Reach says the new team will focus on newsletters, which generate 50 million page views a month across the company’s portfolio and are a “strong driver” in its bid to register more customers online.

The team will also continue to work with colleagues from editorial and customer teams on a range of other initiatives designed to “boost loyalty and engagement”.

This includes recruiting a new team of nostalgia journalists, a content testing team and a digital content optimisation team.

Reach audience transformation director Martin Little will be overseeing the changes, while the SCEs will report to the audience and content directors in their respective regions.

Martin, pictured, said: “Over the past two years we’ve built many of the foundations we need for our customer value strategy to succeed.

“Now we’re using every tool at our disposal, including the increasingly rich data coming from the customer team, to help our editors create products and content that turn our readers into truly loyal customers and registered users.

“This new team will oversee the introduction of new data, technology and expertise to help our newsrooms live and breathe the customer value strategy and ultimately unlock the potential that a massive, loyal audience can deliver.”