A former editor has been named among the UK’s most inspirational women in a national awards scheme.

Amanda Chalmers has been named the inaugural winner of the new Achievers in Media category in this year’s Woman Who Awards, which celebrates inspirational women in the workplace.

Amanda spent almost three decades in the regional press, editing the Stratford Herald between 2014 and 2018, before launching her own company, Chalmers News PR.

She was among more than 20 women from across the UK to be recognised in the awards. 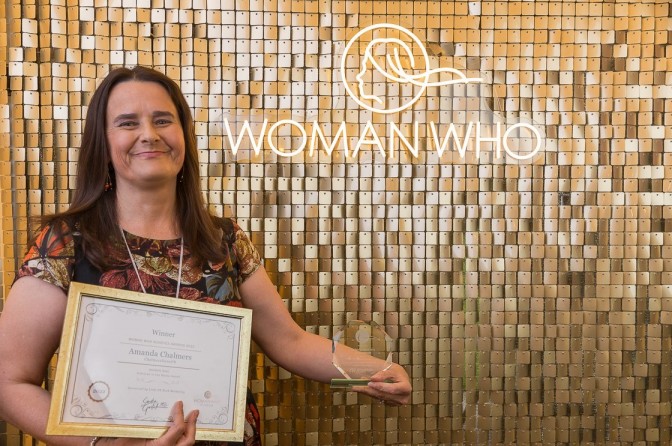 Amanda, pictured, said: “I’m absolutely blown away by this award, especially when you consider the company I’m keeping.

“As my business approaches its fourth anniversary, I’m definitely going to take a moment to reflect on my journey so far and celebrate the success.

“And, over the coming years, I’m looking forward to working with many more business owners who continue to inspire me with what they achieve every day.

“It’s incredibly rewarding being a part of their journeys too.”

Amanda worked on newsdesks in and around Warwickshire, including the former Nuneaton Tribune and Rugby Advertiser, and, as deputy editor at the Daventry Express and Buckingham and Winslow Advertiser series.

In their citation for her award, the judges said: “Amanda is a determined and driven candidate who has overcome many obstacles to get where she is today.

“Many women in the media face challenges of gender, and yet her own self-confessed bloody mindedness led to her becoming the first female editor at a newspaper.

“Amanda is an advocate for the people behind small businesses, drawing out human interest as a priority in the story. Passion and purpose are priority for her.”