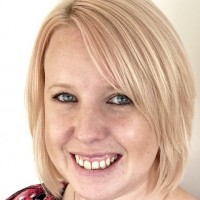 An editor who suffered a miscarriage during the coronavirus lockdown has hit out at Boris Johnson over the Downing Street ‘partygate’ scandal.

Laura Collins, who edits the Yorkshire Evening Post, has opened up about not being able to hug her mother or best friend following the “heartbreaking” experience because she stuck to the rules imposed by the Government.

Laura, pictured, has previously spoken about the two early miscarriages she suffered and called for an end to the social “taboo” that surrounds it.

But now she has added her voice to the “real sense of growing public anger” about the party scandal as calls continue for Mr Johnson to resign.

In an editorial, Laura wrote: “While Number 10 Downing Street was busy hosting alleged lockdown parties, I was struggling to come to terms with a second heartbreaking miscarriage.

“All I wanted to do was to go and see my mum for a hug and get that desperate reassurance that everything was going to be ok. I couldn’t – we were in lockdown.

“I just needed to see my best friend for a shoulder to cry on. I couldn’t – we were repeatedly told that we have to follow the rules that were set out for all of us without exception. Rules were rules.”

Laura said she was “left feeling isolated, alone and unable to come to terms with what had just happened” while the Number 10 parties happened, adding Mr Johnson’s “apology – or lack thereof – brings little comfort to so many of us who have had to endure the heartbreak of hardship during lockdown”.

She added: “There is only so long that the apologies can continue and, truth be told, the damage has already been done.

“How can the Government even expect to have any confidence in the public if, heaven forbid, it should ever have to implement any additional Covid rules again? Surely now the party is finally over once and for all Prime Minister?”

HTFP reported last week how James Mitchinson, editor of the YEP’s sister daily the Yorkshire Post, told Mr Johnson he was “no longer welcome” at his newspaper in the wake of the scandal.