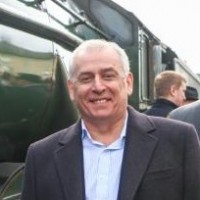 An editor has retired from regional journalism after more than a quarter of a century running newspapers.

Bill Browne, editor-in-chief and publisher for Newsquest North Hampshire and South Wiltshire, has announced he is leaving the business after serving in “every role there is in editorial”.

During his career, Bill has edited titles including the Basingstoke Gazette and Salisbury Journal.

Since 2017, he has served as editor-in-chief and publisher of Newsquest titles in Hampshire and Wiltshire including the Journal, Gazette, Andover Advertiser, Hampshire Chronicle and Romsey Advertiser.

Bill’s departure comes after Newsquest unveiled Kimberley Barber as the new regional editor of its Hampshire weeklies in November, following the departure of Katie French from the Gazette and Andover Advertiser.

Speaking to the Gazette, Bill said: “Regional journalism has been in my veins since leaving college. I feel honoured to have started in a time when the hot metal presses were still rolling and to have been part of the many changes that have taken place since that time.

“This is a business that opens up doors where you sometimes least expect. So in my time I have met Prime Ministers, pop stars and ordinary people who have done remarkable things.

“Most vivid among them was a former soldier who was preparing for an ultra-marathon in North America’s Death Valley despite losing part of all limbs after stepping on an IED in Afghanistan.

“My biggest mistake as a journalist was asking the former Prime Minister Edward Heath who he thought might replace Margaret Thatcher when she was under pressure from her fellow MPs. He said nothing, but just turned away and left.”

Before joining the Gazette as editor in 1995, Bill had previously worked at Southern Daily Echo where he spent six years on the newsdesk, working his way up to news editor.

He also had a stint as editor of the Southampton Advertiser series.

Added Bill: “Perhaps the most shocking was to be editor-in-chief of the Salisbury Journal at the time of the Salisbury spy poisoning. We had to pass through a checkpoint every day for several weeks with police forensically examining a homeless hostel less than 50 yards from our office.

“But there are many things I am proud of. They include the people we have brought into the business and trained, the stories that have made a difference to people’s wellbeing and the many charities we have supported.

“When I was on the newsdesk on the Daily Echo we launched the Wessex Heartbeat Appeal as part of an initiative by the then-editor Pat Fleming.

“I can only wonder about the number of lives that may have been saved or improved as a result of the backing we gave to the appeal.

“Perhaps the most bizarre story we broke was the arrival of the President Obama’s motorcade at Stonehenge when he surprised everyone on a journey back from a Nato conference.

“We were able to run pictures within seconds of his arrival thanks to close liaison with our Amercan sister title USA Today, who had members of the press pool among the photographers.”

Bill is now set to offer his experience to the next generation of budding journalists.

He said: “Having every role there is in editorial really has been a privilege. That’s why I am now offering my services to give journalism career workshops for pupils who are aspiring reporters in secondary schools.”